Citizen participation in Nuremberg in the next six years

We wanted to know which concepts the Nuremberg mayor candidates are planning for citizen participation in large-scale projects. These are their answers:

The local elections in Bavaria are just around the corner - here in the Franconian metropolis people are voting too. 14 candidates want to become Mayor in Nuremberg. The Bayerische Rundfunk gives four of them realistic chances to steer the city's fortunes for the next six years: SPD candidate Thorsten Brehm, CSU challenger Marcus König, Green Member of Landtag of Bavaria Verena Osgyan and Ümit Sormaz from the FDP. We have interviewed these four promising candidates on the subject of citizen participation in the following.

We want to know - Attitude to citizen participation

As a communications agency in the heart of Nuremberg, we know from our numerous customer projects in the field of citizen communication that citizens have been demanding and want to be involved in major projects more and more in recent years. How do the candidates see this?
In general, all candidates rely on early and transparent participation by citizens: CSU candidate König, for example, wants to inform all affected parties in good time and - "if real participation is possible - work out compromises with the affected citizens that are acceptable to all parties.“ Similarly, his competitor from the SPD, Thorsten Brehm, wants to ensure through appropriate participation procedures (e.g. project advisory boards) "that all interests in an urban society are heard and that decision-making and its motives are comprehensible". FDP candidate Sormaz pleads for a free market decision by first hearing all citizens by means of a survey. "Then the majority and the free market decide democratically." The Green candidate Osgyan wants to "create an expansion of low-threshold forms of participation during the planning and implementation phase of projects. These could be, for example, planning workshops or discussion forums to which a representative selection of citizens would be invited.

Stadt-Umland-Bahn - How can citizens be involved?

CSU, SPD and Greens all want to involve the citizens: CSU-candidate König pleads for "bringing all participants together at one table". SPD competitor Brehm wants to make "the advantages and disadvantages of all route options transparent and comprehensible". Verena Osgyan of the Greens wants an open dialogue with the citizens' initiative and wants to inform the citizens already in the preparation phase of such projects in order to ensure more acceptance.
Ümit Sormaz from the FDP sees himself as an "environmental fighter", but does not present a concept for citizen participation at the StUB.

Even more controversial is the extension of the Frankenschnellweg. There is also fierce criticism here, for example from an initiative that wants to stop the entire extension (https://www.stattautobahn.de/).

FDP candidate Sormaz wants to counter this criticism by clearly explaining all the advantages to the population. CSU candidate König looks back and finds praise for the fact that the "city has dealt with all objections objectively and in detail in numerous workshops with citizens' associations and initiatives, in dialogue rounds and in the hearing procedure“. Thorsten Brehm of the SPD wants to listen to the critical voices, take them seriously and answer them professionally.

To what extent concrete forms of participation are planned for the further course of the project, however, remains open for the three candidates. The Green candidate Verena Osgyan, who wants to have the citizens clarify the decision on the expansion of the Frankenschnellweg in a citizens' referendum, if necessary, "in order to achieve the greatest possible legitimacy", is more specific.

Public participation contributes to the success of major projects

The Mayor candidates are therefore well aware that public participation is an important factor in the success of large-scale projects. What concrete instruments they would bring into being as Mayors for projects, however, is still partly unknown. In general, all communication measures, dialogue formats or information can enable citizens to participate and have a say. Unfortunately, however, project communication usually receives only a small place in the budget of large-scale construction projects.

In order to enable participation, it is therefore necessary to communicate with those affected at eye level, to create more transparency and to allow participation. Projects like Stuttgart 21 have shown how important the early involvement of citizens in the implementation of such large-scale projects is. Large infrastructure projects in the course of the Energiewende and new mobility concepts are usually only possible in a joint effort. This is why early communication, transparency and dialogue with citizens are immensely important. The four candidates for mayor share the same opinion and want to involve citizens more in decisions about these projects.

These are the questions we asked the candidates: 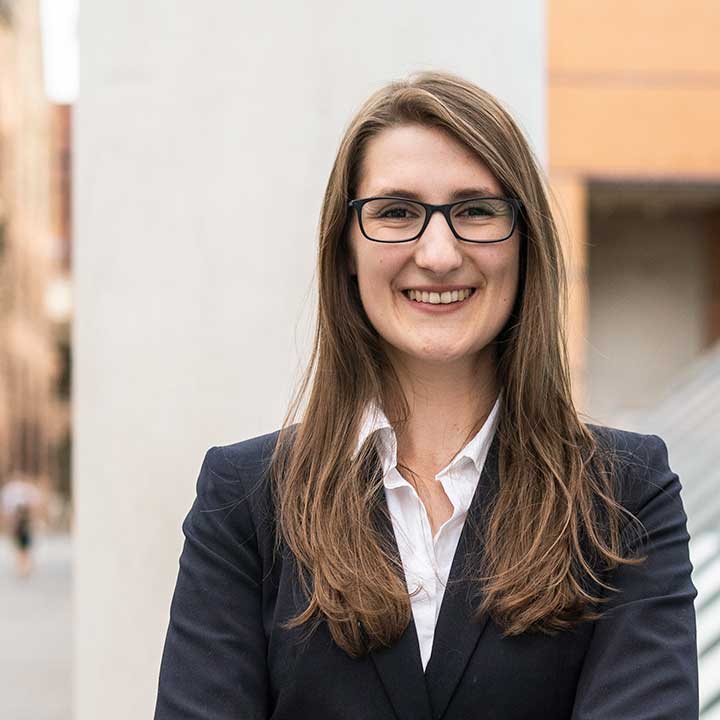 is the key to acceptance by the population. The four mayor candidates have realized this."